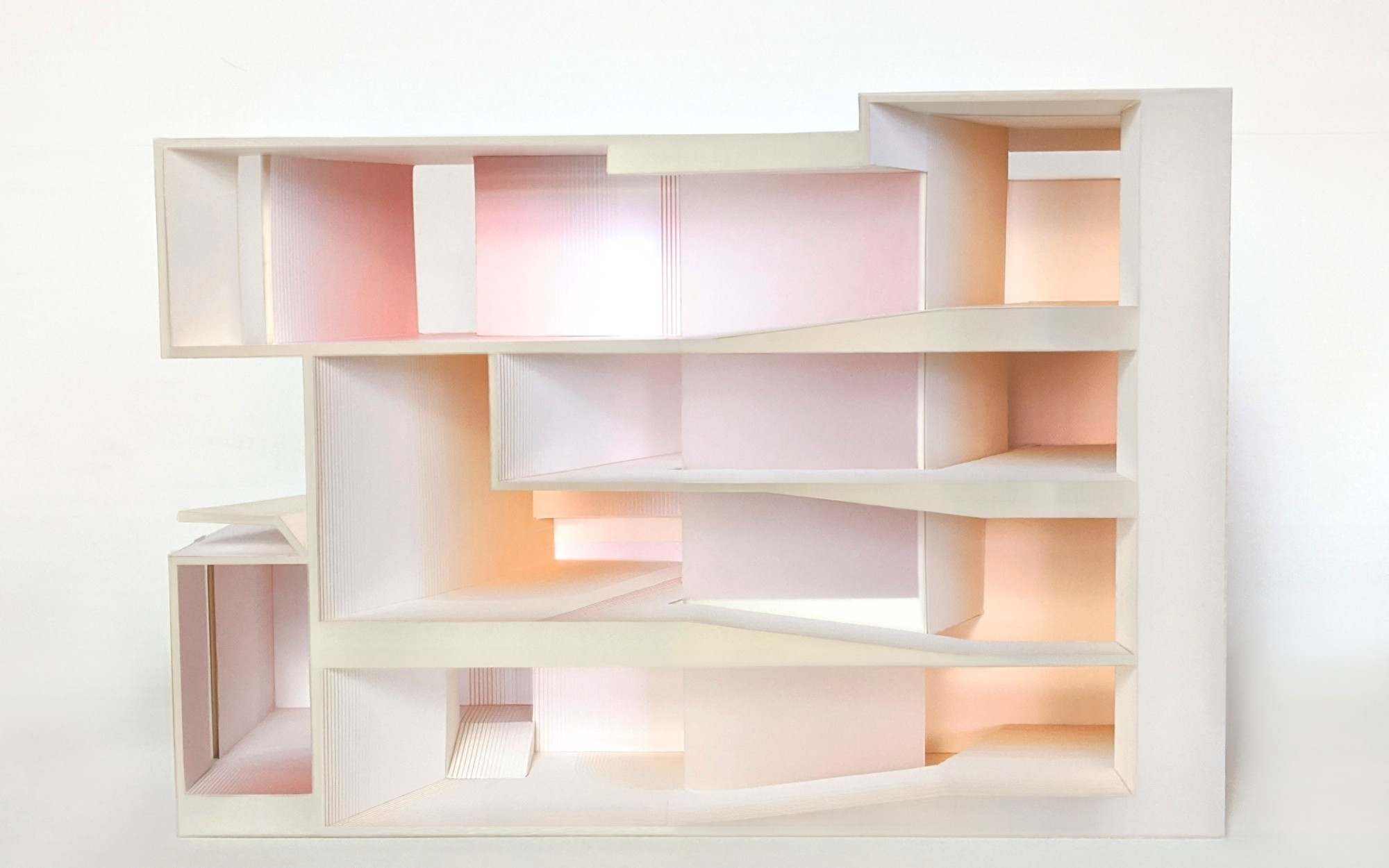 Dan Shen – “Co-living with the Dead”

Co-living with the Dead is a house designed for traditional Chinese big families. Starting with the typology study of traditional Chinese domestic spaces, it questions the patrilineal power structure by challenging the conventional circulation and formal arrangement.
Typical Chinese residential buildings and ancestral shrines, for the living and the dead respectively, share the same centralized and linear circulation, which is developed based on the patrilineal relationship in traditional Chinese society. The dead or living male is dominating the space (altars or main rooms). Family members are regulated to respect their (male) ancestors but not love them.
In this project, a looser structured, bifurcated circulation wrapped the house from the inside to the
outside. The unexpected movement of going up and down, in and out, attempts to create a continuous and anti-hierarchical spatial experience. Bright color and stripe texture, with a strong 2D graphic characteristic, are introduced into the house to resolve the hierarchy in the domestic space and to create a playful and disorienting inside-outside perceptual experience.

“Tactile Living” is a co-living environment designed to be easily navigated by visually impaired residents and inclusive of all degrees of visual acuity. Because the primary constituency cannot entirely rely on their sense of sight for navigation, gradated formal and texture mapping strategies work in tandem to produce an environment rich in multisensory navigational cues. Striated edges that run along the floors and continue up the walls represent tactile elements and serve as indicators of transition through space. Areas with saturated color indicate areas of higher programmatic density, while areas that are less saturated indicate areas where circulation is more likely to occur.